“Therefore they that were scattered abroad went everywhere preaching the word.” (Acts 8:4)

Have you ever thought how glorious it would feel to be part of the early church after their Day of Pentecost experience? Imagine the joy! The fellowship! The miracles! The persecution! Oops. Persecution? That’s not exactly what we had in mind when we said we wanted to be just like the early church.

The church was born in opposition. Even as the numbers of believers quickly increased, the religious leaders of that day worked to suppress the rapid growth of this new heresy (as they would no doubt call it). More and more people were being swayed by these heretics each day. Though questioned, threatened, and even imprisoned, nothing dampened the zeal of the believers. Tensions escalated, and Stephen was stoned for blasphemy. He became the first martyr of the faith.

Acts 8:1 says there “was a great persecution against the church which was at Jerusalem.” As the pressure increased, the believers began to scatter. This did not mean defeat. It meant revival. Everywhere they fled meant even more heard the gospel and were saved. It seemed the greater the persecution, the greater the revival. God was at work.

When thinking about the persecution of the early church, I remember the words Joseph spoke to his brothers in Genesis 50:20. “But as for you, you meant evil against me; but God meant it for good, in order to bring it about as it is this day, to save many people alive” (NKJV). The same could be said of the persecution of the church. Saul may have created havoc in his zeal to stamp out the Jesus message (Acts 8:3), but that havoc became the means for his own salvation and that of many others. God used the persecution to advance the church. No longer was it contained in Jerusalem. Within a matter of years, the salvation message of repentance, baptism in the name of Jesus Christ, and the infilling of the Holy Spirit reached the then known world.

Most of us in North America have not faced strong persecution because of the name of Jesus. Some may have ridiculed our faith or perhaps called us a religious fanatic, but few of us have had their lives threatened or had to flee for their safety. The day may come, and hopefully we will do as those early disciples—stand firm and take the message of salvation with us wherever we go. Even now, our brothers and sisters in many parts of the world face strong opposition, even to the point of death. (This link will give the fifty countries where persecution is most severe today: https://www.opendoorsusa.org/christian-persecution/world-watch-list/.)

Sometimes God uses our trials, and perhaps even persecution, to move us out of our comfortable pews and into greater areas of service for Him. Would the fervency of our prayers and our zeal for His Word increase if we were forced to take a stand for our faith? Would we give up in defeat—or break out in revival? Remember, what men may mean for evil God will use for good “to save many people alive.”

Prayer: Lord, may I never forget those who suffered so this precious faith could be passed down to my generation. Give me the same passion and zeal to preserve truth. If persecution comes, may it be the catalyst for revival in a world darkened by sin. 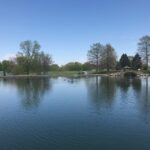 God Refreshes the Weary Ones