A friend of mine was never very good at following doctor’s orders. When appointment time came, his guilty conscience kicked in. On that day, he would sleep a little longer and eat a lot less. In fact, he only drank black coffee until the deed was done. He only fooled himself. His body suffered from the disobedience, not the doctor’s. Another friend, a dedicated shopper, hid new clothing in the back of her closet. That way, if her husband inquired about a new outfit she could respond, “This? I’ve had it for months.”

A lot of us keep guilty little secrets we hope never come to light. We may hide the maxed-out credit card, the numbers on the scale, or the dust under the bed, but far worse is what the Bible calls secret sins—things we think we can hide from God. Like my two friends, we only fool ourselves.

Sin is such an old-fashioned word. We substitute euphemisms—fault, mistake, error, weakness, failing, indulgence—to soothe our guilty conscience. Eating a candy bar when we’ve already consumed 3,000 calories that day is an indulgence; disobeying a commandment of God is sin. One definition of sin is, “estrangement from God as a result of breaking God’s law.” An estrangement is a fracture in a relationship. Secrets keep us from being open with one another, and discovered secrets lead to distrust.

The Bible compares sin to darkness. “For everyone practicing evil hates the light and does not come to the light, lest his deeds should be exposed” (John 3:20, NKJV). However, “God is light, and in him is no darkness at all” (I John 1:5). When sin enters our lives, it blocks the light and separates us from God.

You may say, “It’s only a little thing I have hidden away. It won’t damage my walk with God.” True, it may not be murder, adultery, or what we call a “big sin.” But if it blocks the light, we are in a spiritual eclipse. An eclipse is a “permanent or temporary dimming or cutting off of light.” Jesus said, “I am the light of the world. He who follows Me shall not walk in darkness, but have the light of life” (John 8:12, NKJV).

God gives us a conscience so we can distinguish right from wrong. That guilt we feel when we know we are doing wrong is important. We lose our sensitivity to right and wrong when we repeatedly override our conscience. As I Timothy 4:2 says, our conscience becomes “seared with a hot iron.” Even “little sins” add to this insensitivity. Song of Solomon 2:15 speaks of little foxes that spoil the vines. The more we ignore the little things, the greater the chance of allowing the “big sins” to trip us up. The light of God’s Word, which is a lamp to our feet, becomes eclipsed and we stumble.

When Adam and Eve sinned in the garden, they hid from God’s presence. They were reluctant to face their Creator, knowing they had disobeyed. We often react in the same way, but we don’t fool God. “O God, You know my foolishness; and my sins are not hidden from You” (Psalm 69:5, NKJV).

The remedy is simple: confess our sin and move into the light of God’s presence. Confessing our secret sins and asking His forgiveness will restore the joy in our relationship. 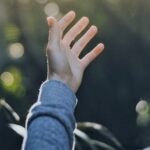 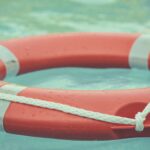