“When everything was ready, the LORD said to Noah, ‘Go into the boat with all your family, for among all the people of the earth, I can see that you alone are righteous’ . . . Then the LORD closed the door behind them.” (Genesis 7:1, 16, NLT)

Wouldn’t you love to know Noah’s thoughts and feelings at the moment God shut the ark’s door! After years of construction, warning others of God’s judgment, and listening to their skeptical remarks, everything was ready. He had completed the task God asked him to do. I can imagine some nervous anticipation as he and his family waited for the rain to begin. After all, this was a completely new thing, never seen before.

The Preacher No One Obeyed

Second Peter 2:5 calls Noah a “preacher of righteousness,” yet no one heeded his warning. If he grew discouraged by their lack of response, he never stopped the work God gave him to do. Year after year, he preached and he built. Yet only Noah and his immediate family entered the ark before God shut the door.

With Noah and his family safely inside, those who had ignored or scoffed at God’s message remained on the other side of that shut door. By choosing to ignore Noah’s warning, they sealed their doom. Inside the door was safety; outside was judgment. Once the rain began and the water started to rise, no amount of knocking or pleading could open the door God had shut. Decision time was past.

In 1980 Harry R. Truman (not to be confused with the U.S. President) is presumed to have died when he refused to leave his home before Mount St. Helens erupted. He is quoted as having said, “If the mountain goes, I’m going with it. This area is heavily timbered, Spirit Lake is in between me and the mountain, and the mountain is a mile away. The mountain ain’t gonna hurt me.” Unfortunately, Truman was wrong; the mountain did hurt him.

Just this month La Soufriere volcano on the small Caribbean island of Saint Vincent gave signs of erupting. Most of its inhabitants evacuated. However, a yet undetermined number of residents refused to leave. Officials now say that anything or anyone that was there is now gone.

“When the Son of Man returns, it will be like it was in Noah’s day. In those days before the flood, the people were enjoying banquets and parties and weddings right up to the time Noah entered his boat. People didn’t realize what was going to happen until the flood came and swept them all away. That is the way it will be when the Son of Man comes” (NLT).

There was only one door in the side of the ark. Today there is still only one door to safety—Jesus Christ (John 10:7). Despite the many times the gospel has been preached, men and women still refuse to heed the warning of coming judgment. God desires everyone to be saved, but we make the final decision.

“The Lord is not slack concerning His promise, as some count slackness, but is longsuffering toward us, not willing that any should perish but that all should come to repentance” (II Peter 2:9, NKJV).

It is your decision on which side of the door you stand. Are you shut in or shut out? 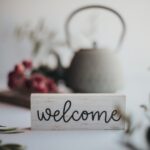 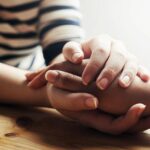 Practical Wisdom for Each Day

A Place of Safety