I beseech you therefore, brethren, by the mercies of God, that ye present your bodies a living sacrifice, holy, acceptable unto God, which is your reasonable service. Romans 12:1

The Titanic was designed by some of the most experienced engineers and used some of the most advanced technologies available at the time. It was a great shock to many that, despite the extensive safety features, Titanic sank.

At the design stage it was suggested that Titanic use a new, larger type of davit (which is used to lower things over an edge of a long drop off such as launching a lifeboat over the side of a ship). en.wikipedia.org/wiki/Davit

Sixteen sets of davits were installed, giving Titanic the ability to carry 64 wooden lifeboats—which would accommodate over 4,000 people, more than Titanic’s total capacity.

However, the White Star Line, while agreeing to the new davits, decided that only 16 wooden lifeboats would be installed (16 being the minimum requirement by the Board of Trade. https://www.britannica.com/topic/Titanic

A Few Facts About THE Titanic

The Titanic didn’t break any laws. The owners complied with the regulations that were expected of them. The owners were within the minimum requirement range. They thought they could get by with the minimum.

They didn’t realize the dangers of minimum requirements.

When I was a youth pastor I was asked, “Where’s the line? What things can I get away with and still make it to heaven?” They were looking for a minimum requirement salvation.

Despite the luxurious tapestries, the gold-plated embellishments, the crystal, the silver, etc… the Titanic was lacking in a crucial area… the lack of lifeboats cost thousands their lives. They thought it could never sink because there was no boat like it in the world.

Then, the unimaginable happened, an iceberg came out of nowhere.

In our lives, we may look the part, we act the part, and we may say all the right things, but there will be an iceberg that will be put in our path.

The outcome of facing this iceberg will depend on what kind of relationship you have with God.

Have you been living with the minimum requirements?

Let’s live beyond the minimum requirement today. Let’s go deeper in God together. 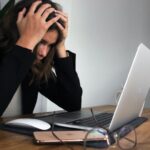 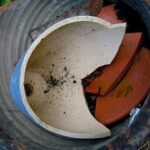