But I protested, “Oh no, Lord GOD! Look, I don’t know how to speak since I am only a youth.” Then the LORD said to me: Do not say, “I am only a youth,” for you will go to everyone I send you to and speak whatever I tell you. Do not be afraid of anyone, for I will be with you to rescue you. This is the LORD’s declaration. (Jeremiah 1:6-8, CSB)

Success. If I asked five different people what success meant, I would probably receive five different answers. The dictionary defines it as a “favorable or desired outcome” or “something that achieves positive results.” Society, however, determines success by wealth, prestige, and power.

By any of the above definitions, Jeremiah, God’s prophet to Judah, would be considered a failure. Although he faithfully proclaimed God’s message for forty years, no one listened. He was mocked and ridiculed, his message of judgment ignored and rejected. There were no “favorable outcomes” or “positive results.” Money, prestige, or power? No, no, and no. In fact, Jeremiah was persecuted and imprisoned—multiple times. None of this portrays our usual image of success.

Jeremiah’s name meant “Yahweh appointed,” We learn in Jeremiah 1:5 that he was chosen by the Lord before his birth. He was God’s voice to a dying nation that would soon be carried into Babylonian captivity. We call him the weeping prophet because of his deep concern for the rebellious, fallen condition of his nation. However, no one appreciated the man or his message.

Jeremiah’s calling was from God, but he faced extreme difficulties as he struggled to fulfill that calling. He was ridiculed. He was threatened. He was imprisoned. He was carried against his will into Egypt. In Jeremiah 20:7 (ESV) he complained to the Lord, “I have become a laughingstock all the day; everyone mocks me.” Yet, he never gave up. One of the most often quoted and hope-filled verses in the Bible comes from Jeremiah.

“For I know the thoughts that I think toward you, says the LORD, thoughts of peace and not of evil, to give you a future and a hope.” (Jeremiah 29:11, NKJV)

Was Jeremiah a success in life? In man’s view, he was not. As God judges success, he was. God’s measure of success is much different than ours. He determines our success by our faithfulness and obedience to Him. Popular opinion does not matter. The only favorable opinion we should seek is God’s.

“But as we have been approved by God to be entrusted with the gospel, even so we speak, not as pleasing men, but God who tests our hearts.” (I Thessalonians 2:4, NKJV)

If you are struggling today, questioning your calling from God, or considering yourself a failure, let me remind you of a few things.

The words of Paul in II Timothy 4:7 could also be the words of Jeremiah and other heroes of faith who persevered no matter how difficult their way.

“I have fought a good fight, I have finished my course, I have kept the faith.

And that, my friend, is true success. 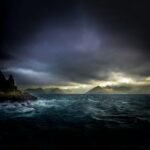 When a Simple Story Isn’t Simple