“In the fear of the Lord one has strong confidence, and his children will have a refuge.” (Proverbs 14:26, ESV

Many countries around the world are celebrating Father’s Day today. Each country may have its own traditions, but it is a time to show appreciation for those who have lovingly and faithfully parented us. I realize that in our broken world not everyone has enjoyed the blessing of a loving, devoted father, but we all have the opportunity to enjoy the love and provision of our heavenly Father.

The Bible gives the stories of some good and some not-so-good fathers. We can learn lessons from each.

There are many other fathers in the Bible we could mention, but I want to recognize two other special men. One was a stepfather, and the other was a spiritual father. The importance of these roles is sometimes overlooked.

Joseph, the Stepdad of Jesus

Although the Bible doesn’t give us many details about Joseph, we know he was a godly and kindhearted man. It would have been very easy to walk away from Mary when he learned she was pregnant. After all, his reputation would be tarnished as well as hers when others learned she was expecting. The couple would encounter whispers and knowing looks from the town gossips. Yet Joseph stood by Mary, loved her, and cared for the child she bore. He kept them safe, provided for their needs, trained the young man Jesus in carpentry, and became the father figure the boy needed in his life. Stepdads (as well as foster and adopted dads) provide stability and love to children who are theirs not by blood but by heart.

I’m not sure how many spiritual children the apostle Paul had, but we know at least two that he considered his sons in the gospel: Timothy (“my own son in the faith”) and Titus (“mine own son after the common faith”). Timothy was the son of a Greek father and Jewish mother, and Titus was a Gentile convert. Paul became a friend and co-laborer in the gospel with both men. Just as Barnabas had mentored him as a new convert, Paul now mentored these two men.  He called both sons and enjoyed a close relationship with them as they filled leadership roles in the church.

Proverbs 14:26 says the Lord, our heavenly Father, gives us a place of refuge. We are always safe with Him. But here on earth, we are also blessed with special men that God has placed in our lives to provide love, guidance, security—and yes, “discipline and instruction of the Lord” (Ephesians 6:4, ESV). They may be our dad, stepdad, grandfather, foster father, or spiritual father. Whether by blood or by heart, we thank God for the investment these men made in our lives.

May God richly bless and guide all fathers as we honor them today. 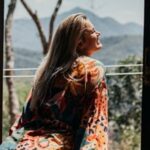 The Measure of True Success 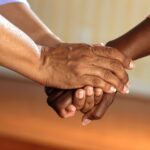