“Because Joseph, her husband to be, was a righteous man, and because he did not want to disgrace her, he intended to divorce her privately” (Matthew 1:19, New English Translation).

He was the descendant of a king and stepfather to the King of kings, yet we know very little about Joseph, the man who was the earthly father figure for Jesus. Although little is written about him in Scripture, we can piece together the picture of an exceptional man.

Qualities of a Good Man

Matthew 1:19 tells us Joseph was a righteous man, observant of the law of God. Little did he realize the role he would play in the greatest fulfillment of Bible prophecy.

Joseph was a kind and merciful man. When he learned Mary, his betrothed, was expecting a child before they came together in marriage, he could have had her stoned as an adulteress. Instead, he determined to divorce her quietly and shield her as much as possible from public shame. This was even before the angel of the Lord appeared in a dream and told him not to fear taking her as his wife (verse 20).

Joseph was a courageous man. Accepting Mary as his wife meant he would also endure finger-pointing and gossip from the townspeople when they learned of her pregnancy. Who would believe their story of the Holy Ghost overshadowing her and messages from angles? Society would judge them and tongues would wag.

Joseph was an obedient man. On three separate occasions, the angel of the Lord appeared to him in dreams with special instructions. He was always quick to obey.

Joseph was a protective father and husband. Whatever his own personal hopes and dreams for life, he sacrificed his desires to care for the needs of Mary and Jesus.

Joseph, a Role Model for Today

Scripture leaves much of Joseph’s story untold. This honorable man no doubt possessed other remarkable qualities—loving, hard-working, dedicated to his family, and dedicated to God. The last mention of Joseph in Scripture was when the family had traveled to Jerusalem for Passover when Jesus was twelve. It is likely Joseph had already died by the time Jesus began His public ministry.

Joseph displayed many wonderful qualities of fatherhood. He could have abdicated his role, walking away and leaving Mary on her own. He could have decided it was asking too much for a man to take on the heavy responsibilities of a child who wasn’t his. But he didn’t. Jesus had a wonderful stepdad who did the best he could in a most unusual set of circumstances. He was not a perfect man, but he was a man of strength and integrity.

Joseph is one of the quiet heroes of the Bible

and serves as a wonderful role model to today’s dads.

As you honor the men in your family on this Father’s Day, pray that they too will succeed in fulfilling their role as God-fearing, courageous, and loving men. If they are less than perfect, and who isn’t, pray for them and encourage them in the Lord. 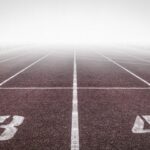