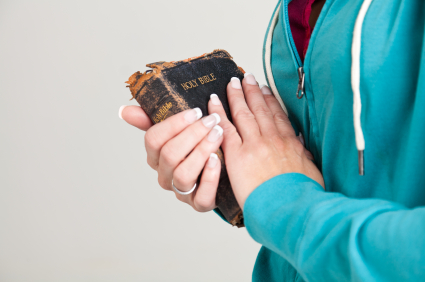 The Source of My Identity

“This letter is from Paul, an apostle. I was not appointed by any group of people or any human authority, but by Jesus Christ himself and by God the Father, who raised Jesus from the dead” (Galatians 1:1, New Living Translation).

A friend has an unusual spelling of a common name. Even after knowing her for many years, some still spell her name “the correct way.” In fact, someone once questioned, “Why do you spell your name like that?” She smiled as she informed the curious person it was actually her mother who chose how to spell her name. She wasn’t involved in the decision. I have the opposite problem. My name is very common, and when it is called in a room of people, it’s not unusual for more than one person to look up or respond.

Our names are important to us, and we appreciate it when people know our names. Yet, a name does not really tell what makes me “me.” My identity is much more complex. Merriam-Webster defines identity as “the distinguishing character or personality of an individual : individuality.” My identity is a combination of my talents, my passions, and the things I love and devote myself to in life.

As I opened my Bible to Galatians chapter 1 this morning, my eyes fell on the first few words: “Paul, an apostle.” His words do not indicate any confusion or uncertainty. He not only knew who he was (his abilities and passions) but also Whose he was (Jesus Christ himself). Most of Paul’s letters to the churches open with words describing his identity. He also made it clear his identity did not come from any titles bestowed by human authority but only through the Lord. In various epistles Paul describes himself as:

Some words Paul used to identify himself could be viewed as negative or undesirable. Servant. Prisoner. Not exactly what we post about ourselves on social media or sign on a greeting card. But Paul felt no shame in identifying himself this way. He chose to be a servant. He knew his actions might result in imprisonment. Yet his passion for the gospel made all else insignificant. The most important things he wanted others to know about him were tied to his relationship with the Lord. That was his identity.

How do you see yourself? Is your complete identity wrapped up in the things of your daily life? Or do you—and those around you—recognize you are a follower of Jesus Christ?

Prayer: Lord, I want my total identity to be wrapped up in You. Accolades and titles others may bestow are meaningless. It is only as Your servant, Your prisoner, that my life holds significance. I want to know not just who I am, but Whose I am. I want to find my identity in You.

When Everything Isn’t Enough