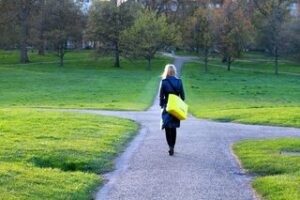 Naomi’s bitterness may have made her unable to feel that God was with her, but it did not change the fact that God was able to touch her. A desire arose within her heart to return to Bethlehem. She was a survivor, and she chose to rise above her situation and make the best of it. In Bethlehem there would be friends and family and she could live again.

Imagine the tears that were shed as Naomi stood at the beginning of the road to Bethlehem with Ruth and Oprah. Somehow in spite of all that they had endured, Naomi must have taken time to teach them about the God of Israel. They had to decide their future. Oprah decided to turn back and stay in Moab, and we never hear anything about her again. Ruth, on the other hand, decided to go with Naomi. Can you see the hand of God in all of this? This was the whole purpose of Naomi being in Moab, to eventually bring Ruth to Bethlehem, because God had a plan for her life. Listen to her words:

“And Ruth said, Intreat me not to leave thee, or to return from following after thee: for whither thou goest, I will go; and where thou lodgest, I will lodge: thy people shall be my people, and thy God my God: Where thou diest, will I die, and there will I be buried: the LORD do so to me, and more also, if ought but death part thee and me.” Ruth 1:16-17

When people turn their hearts away from God and go the way of the world, they always lose things that they never can regain. They repent and regain their salvation, but they live with the consequences. Naomi lost her family. However, making the decision to go back to Bethlehem influenced Ruth to go with her. We see this happen when prodigals return to the church, they often influence others to follow them.

Have you experienced things in your life that have made you think God has forsaken you, that He no longer loves you? The enemy would like you to think that way, but God has never given up on you. His love never changes, and when you take the first step back to Him, He is waiting with outstretched arms to receive you.

Prayer: Thank you, Jesus, that you have loved us with an everlasting love, that you promised never to leave us nor forsake us. Draw us close to you today.

Gleanings From the Book of Ruth 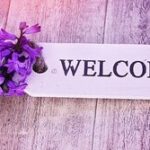