Friendship is a great thing. Before opening ourselves up to a new friend, we usually look for qualities like common interests, trust, loyalty, dependability, supportiveness. So it was puzzling when Jesus didn’t show up when His good friend, Lazarus, became seriously ill. In fact, Jesus deliberately delayed, and then it was too late. Lazarus was dead and buried before Jesus even left to go to him. He arrived four days too late. Or so it seemed.

The disciples didn’t understand Jesus’ delay. Mary and Martha, sisters of Lazarus, didn’t understand. After all, theirs was a close friendship. John 11:5 tells us, “Now Jesus loved Martha, and her sister, and Lazarus.” Their home was probably one of the few where He could withdraw and relax away from the crowds. Yet, despite their close friendship, He did not immediately come when the two sisters sent for Him.

Now, four days later, the house was filled with mourners and Lazarus lay in a tomb. When Martha heard Jesus was on His way, she slipped away from the house to meet Jesus before He entered the town. Filled with grief, her words to Him seem blunt, even accusing. “If You’d been here, he wouldn’t have died.”

Have you ever felt like Martha? The trial is severe. You’ve prayed until there are no more tears. God is silent; there is no answer. Jesus, You didn’t come. You left my prayers unanswered. Now it’s too late—everything in my life is dead. If only You had been here!

Martha thought the story was over — sealed in a tomb. But what she assumed was an ending was really a beginning. Jesus never arrives late. His timing is perfect. The delay was part of His plan. Earlier He had told His disciples that Lazarus’s illness would glorify God. “This sickness is not unto death, but for the glory of God, that the Son of God might be glorified thereby” (verse 4). The miracle came, not in the way Mary and Martha hoped, but in a way that demonstrated to many witnesses something miraculous that could not be denied.

The resurrection of Lazarus was the last recorded miracle of Jesus before His triumphal entry into Jerusalem and the events leading up to His crucifixion. Many witnessed the miracle—an act that could not be explained away—and it angered the chief priests and the Pharisees. Not only did they plot to kill Jesus, they also desired to do away with Lazarus, who was the living evidence of that miracle.

Mary and Martha could not understand why Jesus did not immediately come. Nor do we always understand God’s delays and how He will use our situation for His glory. We must trust His timing. His delay has purpose, and that purpose will bring glory to His name.

Lord, when my situation seems dire, and I feel you are silent to my pleas, help me trust Your timing. You will use my situation to demonstrate Your power and purpose so that others can see Your glory. 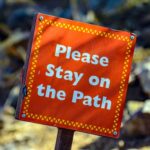 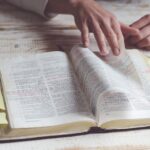 Going Beyond the Expected