“There were two men in a certain town, one rich and the other poor. 2The rich man had a very large number of sheep and cattle, but the poor man had nothing except one little ewe lamb he had bought. He raised it, and it grew up with him and his children. It shared his food, drank from his cup and even slept in his arms. It was like a daughter to him.

David burned with anger against the man and said to Nathan, “As surely as the Lord lives, the man who did this must die! He must pay for that lamb four times over, because he did such a thing and had no pity.”

Then Nathan said to David, “You are the man! This is what the Lord, the God of Israel, says: ‘I anointed you king over Israel, and I delivered you from the hand of Saul. I gave your master’s house to you, and your master’s wives into your arms. I gave you all Israel and Judah. And if all this had been too little, I would have given you even more. Why did you despise the word of the Lord by doing what is evil in his eyes? You struck down Uriah the Hittite with the sword and took his wife to be your own.You killed him with the sword of the Ammonites. Now, therefore, the sword will never depart from your house, because you despised me and took the wife of Uriah the Hittite to be your own”  (II Samuel 12:1-10, NIV)

Many are familiar with the story of David, Uriah, and Bathsheba. At the time when kings went out to war, David stayed home. He was not doing what was expected and required of him. Because of that, he was idle and found himself in a place of temptation. James 1:14-15 (ESV) tells us, “But each person is tempted when he is lured and enticed by his own desire. Then desire when it has conceived gives birth to sin, and sin when it is fully grown brings forth death.”  David’s guilt and his desire to cover up his sin caused the death of Uriah. And not only that, but it also caused the death of the child that Bathsheba carried.

During this time of God’s judgment on his household, David fell to his knees in repentance. He knew he had sinned against the Lord and deserved death. But the words of God’s mercy delivered by Nathan rang in his ears, “The Lord has forgiven you, and you won’t die for this sin.”

It is so easy for us to see the sins of others and sit in judgment as David did in response to the story of Nathan the prophet. How could someone who was given so much take from the man who had so little? He was indignant and angry at the perceived transgression. That man should die! To then be told, “YOU are the man!”; how that must have smitten David’s heart! He immediately said, “I have sinned against the Lord.”

Psalm 51 expresses his repentant heart so beautifully. He begins his prayer, pleading for God’s abundant mercy and steadfast love to blot out his iniquity. He prays that God will create a clean heart and renew a right spirit within him. Even though we know why David penned this psalm, it also speaks to us as we ask God for forgiveness for our sins and transgressions.

There are so many parts of this biblical passage that minister to me. How often have I been eager to remove the speck of dust from someone’s eye, but the beam in my own blurred my vision? (Matthew 7:3-5) How often should I have been busy doing work for God but instead was idle and tempted to sin because of that idleness?

Also, in these passages, we see what a blessing it was that David had a prophet in his life who would tell him, “You are the man.” I am so thankful that God has placed in my life a wonderful pastor and brothers and sisters in Christ who will hold me accountable for my actions.

Lord, help me recognize when I’ve fallen short and humbly ask Your mercy and grace to be extended once again to me. As I experience that renewal and restoration, Lord, help me have a heart of praise and worship and be an example to others of Your redeeming love. Then, hopefully, instead of hearing, “You are the man,” I can be considered a woman after your heart. (Acts 13:22)

Shelly Stringfellow is the blessed wife of one husband, Roy, for the past 38 years, proud mother of two exceptional adult children, Candace and Jordan, and Mimi to the two cutest grandbabies ever, Ellainya and Selah. She loves reading and writing but is not a fan of ‘rithmetic! She attends Lighthouse Church in Princeton, Texas, where her son-in-law and daughter pastor. 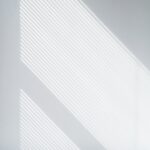 What Do You Do When God is Silent?