“Then this Daniel distinguished himself above the governors and satraps, because an excellent spirit was in him; and the king gave thought to setting him over the whole realm.” (Daniel 6:3, New King James Version)

Certain Bible stories have become so familiar that even young children can recite the basic details. There’s a strong central character, exciting action, and good versus evil with the good triumphing at the end. You can no doubt name several such stories. While they are simple enough for even a young child to understand, we find an “adult lesson” as well. Daniel chapter 6 relates one such beloved story—Daniel in the lion’s den.

The first thing we notice about Daniel is his excellent spirit. King Darius observed Daniel’s exceptional qualities soon after he seized the kingdom from Belshazzar. Darius promoted Daniel above the other princes and presidents and considered putting him in charge of the entire realm. This displeased the others, and they began to scheme against him. Their problem was they could find nothing to use against Daniel. He lived a life of complete integrity.

“So the governors and satraps sought to find some charge against Daniel concerning the kingdom; but they could find no charge or fault, because he was faithful; nor was there any error or fault found in him.” (Daniel 6:4, NKJV)

When they could not attack Daniel’s on-the-job integrity, their next scheme focused on his faithfulness to God. They tricked Darius into signing a decree forbidding anyone to petition God or man for the next thirty days except to the king. But Daniel did not halt his daily prayers or worship secretly. He carried on as usual, as his enemies anticipated he would. They must have been delighted that their plan had worked so well. Or so they thought.

“Now when Daniel knew that the writing was signed, he went home. And in his upper room, with his windows open toward Jerusalem, he knelt down on his knees three times that day, and prayed and gave thanks before his God, as was his custom since early days.” (Daniel 6:10, NKJV)

When it became inevitable that Darius would have to follow through with the decree and put Daniel in the lion’s den, we learn he was already familiar with Daniel’s faith. Whether by observation or by conversations with Daniel, the king knew enough to declare, “Your God, whom you serve continually, He will deliver you” (verse 16). And God did!

Following Daniel’s deliverance from the lion’s den, King Darius wrote a decree that went to his entire kingdom stating men should “tremble and fear before the God of Daniel” (verse 26). There is no doubt Daniel’s devotion to God made a tremendous impact on the king. His words are even prophetic. “For he is the living God, and stedfast for ever, and his kingdom that which shall not be destroyed, and his dominion shall be even unto the end.”

Daniel was taken from his homeland as a teenager and lived in a foreign culture that did not know his God for the remainder of his life. At the time he was thrown in the lion’s den, he was probably in his eighties. Throughout the years, he held onto his integrity and onto his faith in God. This is the deeper story in the Book of Daniel.

It is possible to maintain a life of integrity and strong convictions in a godless society. We too can impact our world by living a life that honors God—by living a life of excellence. Then, others will say, “This is the God of (your name).”

Prayer: Lord, regardless of the circumstances I may find myself in, give me the strength to maintain my integrity and never compromise my convictions.  My world needs to see You through the life I live before them. 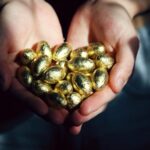