“And this whole assembly will know that it is not by sword or by spear that the LORD saves, for the battle is the LORD’s. He will hand you over to us.” (I Samuel 17:47, Christian Standard Bible)

A favorite Bible story from childhood tells of the shepherd boy David slaying Goliath, the formidable Philistine giant. The account, found in I Samuel 17, is filled with everything that make a story exciting: (1) a bad guy (super big and mean), (2) a good guy (likable but greatly outweighed), and (3) a problem (bad guy and his buddies trying to push the good guy and his buddies around). Then the “come and fight me” challenge goes out—one the gigantic bad guy assumes no one will accept because—well, he’s big and mean and intimidating. He never expects to get his knuckles dirty because people run when he roars. Children love the story.

Giants of this stature don’t exist today, but everyone reading this devotion has met a few giants in their lifetime. Our giants aren’t nine-foot bullies; they are the seemingly insurmountable problems we face in life. They loom over us. They overwhelm us. They scream out how weak and worthless we are. And we want to run and hide. Goliath terrorized the Israelite army for forty days. Our giants will hang around as long as we allow unless we face the challenge as David did—in the name of the Lord.

Just as David overcame Goliath, we too can overcome our giants. In I Samuel 17 we learn how to become a giant slayer.

Prayer: Lord, I thank You that I can face my giants through the power of Your name. Nothing that comes against me is too big for You to handle. I lean on Your strength and place my trust in You. My giants will be defeated. 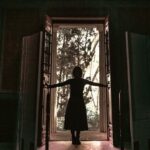 How Long Do I Wait, Lord? 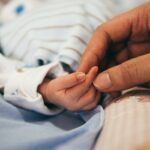 Displaying Gentleness in a Harsh World