“Now when the turn of Esther, the daughter of Abihail the uncle of Mordecai, who had taken her for his daughter, was come to go in unto the king, she required nothing but what Hegai the king’s chamberlain, the keeper of the women, appointed. And Esther obtained favour in the sight of all them that looked upon her.” Esther 2:15 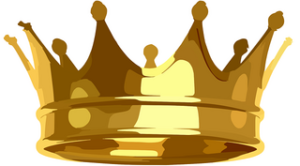 As mentioned earlier this week, God requires different things from different people and at various times in their life. Today we will consider the story of Esther. Orphaned early in life, she was raised by her cousin Mordecai. Her Persian name means “a star,” which paints a picture of a garden enclosed in divine purity and protection. When Mordecai heard the decree that maidens were being recruited by the king so a new queen could be chosen, he took Esther to the palace.

Esther had probably lived a simple life before this and would not be accustomed to the splendour and grandeur of the palace. She submitted herself to the steward who was over them, and when it came time to go before the king, she obeyed his instructions. We must not judge Esther by our standards, but by the customs of her time. Only one of these girls would be chosen as queen The others would be considered to be married to the king and would live under his roof as a wife of a lower rank.

We know the rest of the story, how the king was pleased with Esther and chose her above all the rest to be queen of the land. This was all part of God’s plan, putting her in a position where she would be available to help her people when needed. She had not revealed to anyone that she was a Jew.

When the Jewish people were threatened, Mordecai asked her to intercede for them to the king, and Esther had a choice to make. Mordecai reminded her who she was and told her:

“For if thou altogether holdest thy peace at this time, then shall there enlargement and deliverance arise to the Jews from another place; but thou and thy father’s house shall be destroyed: and who knoweth whether thou art come to the kingdom for such a time as this?”  Esther 4:14.

Esther prayed and made her decision. She realized that this was what God required of her. Fearfully and humbly, she approached the king, and her requests were granted.

We may never face circumstances like Esther did, but we can be assured that whatever the Lord requires of us, He will give us the grace and courage to do what He asks.

Prayer: Heavenly Father, just as you placed Esther in the right position to intercede for your people, you have placed us in the place where you want us. Help us to be open to your guidance and do whatever you require of us. 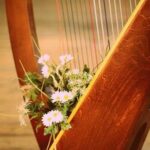 A Light to My Path

He Is Our Healer