“When you hear the sound of marching in the tops of the balsam trees, act decisively, for then the LORD will have gone out ahead of you to strike down the army of the Philistines.” (II Samuel 5:24, CSB)

For two mornings now, a strange noise has filled my home. It was loud, seemed to come from the roof, and sounded ominous, even a little frightening. Was it an expensive repair waiting to happen? Then, as suddenly as it started, it stopped. I breathed a sigh of relief. Maybe my house was not self-destructing after all.

A little while later, a text message popped up on my phone. My friend down the street said they had a strange, loud noise at their house that morning. When her husband went outside to investigate, he discovered a woodpecker tapping on the metal vent pipe on their roof. The metal caused the noise to echo through their house. She then added that their next-door neighbors had the same thing happen. I decided those woodpeckers had made a trip down our street to my house too. Relief! No expensive repair needed.

Our ears filter a variety of sounds throughout each day. Some bother us, some don’t. A strange noise in the middle of the night may cause goosebumps. Is someone breaking in? The soft coo of a baby makes us smile. The loud bark of a dog may frighten us. A smoke alarm warns us.

I have never—ever—heard the sound of marching in the top of trees. But King David did! It was God’s signal to engage their Philistine enemy in battle. When they heard the sound, the Israelite army was to act decisively and without delay. They responded to God’s sound effects, and victory was theirs that day (II Kings 5:22-25).

God also used His sound effects in II Kings 7. Surrounded by the Syrian army, the people of Samaria were starving. There seemed to be no hope, even though the prophet Elisha said they would have food the next day. When the king’s representative mocked his prophecy, Elisha told him, “You will in fact see it with your own eyes, but you won’t eat any of it” (verse 2). How did God fulfill that prophecy? Four starving lepers decided to seek the mercy of the invading army and ask for food. As they headed to the Syrian camp, God changed their footsteps into the noise of horses and chariots and a great army (verse 6). The Syrians fled, leaving everything—including precious food—behind. Once again God used His sound effects to bring victory.

I love reading of the many unique ways God uses to deliver us and give us victory. Whether giving water from a rock, making the sun stand still, or using an earthquake to open prison doors, He is there for us. But the greatest event (with sound effects too!) is yet to come. I live in anticipation for that day!

“For the Lord himself will descend from heaven with a shout, with the archangel’s voice, and with the trumpet of God, and the dead in Christ will rise first. Then we who are still alive, who are left, will be caught up together with them in the clouds to meet the Lord in the air, and so we will always be with the Lord.” (I Thessalonians 4:16-17, CSB). 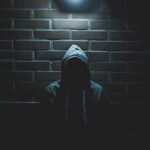 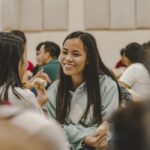