“And it came to pass, when the vessels were full, that she said unto her son, Bring me yet a vessel. And he said unto her, There is not a vessel more. And the oil stayed. Then she came and told the man of God. And he said, Go, sell the oil, and pay thy debt, and live thou and thy children of the rest.”

The woman in the above story was a widow who fell into financial trouble after her husbands passing. When Elisha passes by she calls out to him that her husband is dead, and that he was a good man but he was in debt. Furthermore, the men he was in debt to were currently on their way to collect by taking her children as slaves. I can only imagine the fear and panic she felt knowing she had nothing to offer them, and the possibility she would never see her children again.

Elisha gives her clear instruction. The woman has a little oil in her house so he tells her to borrow jugs and bowls from her neighbours, and not only a few, but as many as she can get. When she returns home she is to lock the door behind her and her sons, and begin pouring oil into each container. Then, when it is full, she is to set it aside and to fill the remaining jugs.

The woman in her desperation did what she was commanded. No complaining, no protesting or questioning because she only had a little oil, just blind faith. As soon as she ran out of containers, the oil stopped. She then sold the oil, paid her debts and lived off of the remaining funds.

What I find most interesting is that there was more than enough oil to cover her debts. Not only could she pay what she owed, she would have enough to live comfortably with her sons. Isn’t that so like God? His blessings and favor go beyond what we can imagine or think. He always knows exactly what we have need of.

You can trust God to be your provider today. He will sustain you, and carry you through whatever battle you are fighting right now.

Prayer: God, I am thankful that I can place my life into Your hands. I know that You are for me, and that You are always working on my behalf. 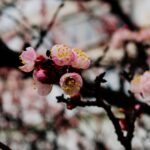 When God says there is Enough

Safe in the Storm