“For God so loved the world, that he gave his only begotten Son, that whosoever believeth in him should not perish, but have everlasting life.” John 3:16

“Greater love hath no man than this, that a man lay down his life for his friends.” John 15:13

From the beginning of time, God had a plan.  As Adam and Eve sinned in the Garden of Eden, a shadow of the cross fell across the world. It would be centuries before this would be fulfilled but in every thing that happened in the Old Testament, we see God leading towards the time when He would come to fulfill His plan.  The types and shadows are there foretelling what would come to pass.

Then in the fullness of time, Jesus was born in Bethlehem to fulfill the prophecies that had been given.  God spoke to Mary and Joseph, explaining a bit of who this baby would be.  Over that babe in the manger, we once again see the shadow of a cross.

The Bible doesn’t give us a lot of details about Jesus’ early life, he was probably raised as a normal Jewish child.  No doubt he attended the Jewish synagogue.  His mother probably told him many stories of their past.  No doubt he worked with Joseph in the carpenter shop, learning lessons of life.  To the people in the town, he was just the son of a carpenter, as they spoke of him years later.

Did He know as a child what His purpose was?  That is something we cannot be sure of, but the Scriptures later say that he was human yet without sin.  The only glimpse we get of Him as a child is when he went to Jerusalem at twelve years old. I wonder as he talked to those leaders in the temple if he realized that many years later some of them would be the ones that would condemn him to be crucified. Mary and Joseph seemingly had forgotten what the angel had told them, and He had to remind them that He must be about His father’s work.

At thirty years old, Jesus began His ministry.  Every step He took through Judea and Galilee, He was headed towards the cross.  He knew He would only be on earth for a few short years, and so He gathered some men around Him, taught them about the kingdom of God and tried to prepare them for the time when He would no longer be with them. They did not fully understand.

Today, we know the whole story, how He was crucified on a cruel cross, bore our sins, and shed His blood for us.  He rose from the dead and broke the chains of death for all mankind.  No greater love has ever been known.

Oh, that we could grasp the greatness of that love.  The great God Almighty left the splendour of heaven, took upon Himself the form of flesh, that He might redeem us from all sin.  It is almost beyond our comprehension, yet we know that it is freely given to all who will call upon His Name. Because He loved us so much, we want to love Him more, and to share that love with others.

Prayer:  Heavenly Father, I am not worthy of the great love you have bestowed upon me.  I am thankful that your blood covers all my sin, and you see me through the blood.  Help me to love you and appreciate you more. 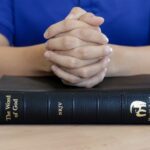 Today Is The Day