The crowd gathered on Mount Carmel and listened as the challenge was made. One man stood alone, facing 450 prophets of Baal and 400 prophets of the groves. The question: which god was the God? It was time to make a choice, Elijah declared.

“Then Elijah approached all the people and said, ‘How long will you waver between two opinions? If the LORD is God, follow him. But if Baal, follow him.’ But the people didn’t answer him a word” (I Kings 18:21, Christian Standard Bible).

The next several hours proved interesting, even entertaining, at least from our vantage point looking back. Elijah and the false prophets faced off while the Israelites watched. Elijah allowed the prophets to choose which bullock to sacrifice and to summon their gods first. His only restriction was they could not provide the fire for the sacrifice. Their god had to provide the fire to burn the sacrifice. As the hours passed with no response from Baal, their frenzy increased. They cried out; they jumped on the altar. They even cut themselves until the blood ran, but to no avail. Baal did not answer.

“At noon Elijah mocked them. He said, ‘Shout loudly, for he’s a god! Maybe he’s thinking it over; maybe he has wandered away; or maybe he’s on the road. Perhaps he’s sleeping and will wake up!’” (I Kings 18:27, CSB).

The God with No Power

It should have been obvious to these false prophets. A powerless god is not god at all. They were deceiving themselves. Their efforts to get his attention were useless and hopeless.

Finally, well into the afternoon, Elijah stepped forward and prepared his sacrifice to God. He repaired the altar of the Lord, laid out the sacrifice, and then had twelve barrels of water poured over it all. As soon as he prayed, the fire fell and consumed everything—the bullock, the wood, the stones of the altar, the water, and even the dust. There could be no doubt as to which God had the power to answer prayer.

The God Who Hears Us

Elijah’s God—our God—hears us when we pray. Unlike the impotent gods of Baal and the groves who did not—could not—respond, our all-powerful, ever-present God is available at any hour of the day or night. He’s not asleep, gone on vacation, or just indifferent to our requests. He is there whenever “all who call upon Him in truth” have a need.

Prayer: Thank You, Lord, for the promise that You will hear me when I call out in my time of need. You are all-powerful and always near. I am never left to face life’s problems alone. You are as close as the whisper of Your name. 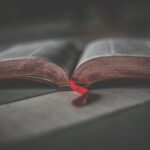 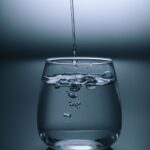