“But he forsook the counsel which the old men gave him, and took counsel with the young men that were brought up with him, that stood before him.” II Chronicles 10:8

King Solomon had left the kingdom of Israel to his son, Rehoboam. As he prepared to begin his reign, the people came to him requesting that he lift some of the burdens that his father had placed on the people, and that they would serve him. Rehoboam first sought advice from the older and wiser men that had served his father. They advised him that if he listened to the people, and spoke good words to them, they would serve him forever.

But the king decided not to listen to these wise men but took the question to his friends and peers. They advised him to go against what the older men had said and tell the people that he would put even greater burdens on them than his father had. Because of this the kingdom was divided and Rehoboam was left with only the house of Judah and Benjamin.

As we read the story, we know that this was all part of God’s plan. But there is a lesson in here for all of us.

When we are facing a problem, or a big decision in our lives, we need to be careful whom we go to for advice. Of course, the first thing we should do it spend time talking to the Lord about it. But when we do need someone to consult, and give us some guidance, we need to make sure that we find the right person to discuss it with. We need to find someone who is close to God, who knows how to pray, and that we can trust to steer us in the right direction. Thank God for the pastors he has placed in our lives, who care about us and can talk to the Lord on our behalf and share their wisdom and direction with us.

Prayer: Lord so many times we need wisdom and guidance, and we thank you for those you have placed in our lives that we can have confidence in to give us the right advice. 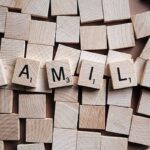 Our Confidence in Christ