“It is of the LORD’S mercies that we are not consumed, because his compassions fail not.

They are new every morning: great is thy faithfulness.” Lamentations 3:22-23

Did you ever marvel how God orchestrates things in our lives that we don’t understand at the time we are going through them to bring us blessings in the future?  Today’s grief may become a channel for tomorrow’s blessing.

Last July, I spent part of a night in ER because of pains in my chest. They didn’t find anything wrong but made an appointment with a cardiologist who arranged for me to have some further tests done.  A Nuclear Scan was done, and they did not find anything wrong with my heart.  But, they reported something suspicious in my breast, and after many mammograms and ultrasounds, I was scheduled for surgery.  Biopsy showed it was not malignant, but after the surgery reports came back that it was, so now I am facing another surgery.

Because regular mammograms are not given after a certain age here, this would probably never have shown up, as there were no other indications that there was a problem.  But now they have caught it early enough to do something about it.

The Lord is so good.  If I had not had the false alarm about my heart, this would probably not have been detected until it was a much bigger problem.  I am so thankful that God is in control in my life, knows what the future holds, and is guiding me every step of the way.  Great is His faithfulness.  I am trusting Him to be with me through whatever the future holds.

Prayer:  Thank you Lord Jesus for your mercy and your love, and for your guidance step by step. 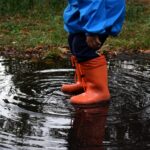 He Upholds Me With His Hand