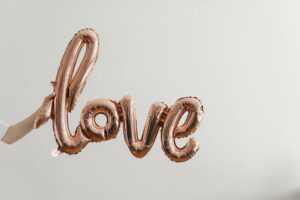 At those times, the devil whispers in our ears that God no longer loves us. He tells us that we are a failure and a hypocrite. He will try and convince us that we will never be able to rise above the failure and we might just as well forget about trying to live for the Lord.

I am so thankful for the day that this scripture in Romans became real to me. I was always questioning where I stood with the Lord. I would beat myself up over something I had said or done. I often felt as if the Lord was just watching me every moment, waiting for me to mess up.

Then, I realized God’s love never changes. He knows us better than we know ourselves and that as human beings, we will make mistakes. But instead of condemnation, He offers forgiveness. Just as parents do not disown their children every time, they do something wrong, so our Heavenly Father will not disown us.

No matter how great our failures we can cry out to the Lord, and He is quick to forgive. There may be times when He will prompt us to go to someone we may have hurt and apologize, but He will go before us preparing the way. The hardest part is forgiving ourselves. That is when another scripture speaks to us.

“Not as though I had already attained, either were already perfect: but I follow after, if that I may apprehend that for which also I am apprehended of Christ Jesus. Brethren, I count not myself to have apprehended: but this one thing I do, forgetting those things which are behind, and reaching forth unto those things which are before, I press toward the mark for the prize of the high calling of God in Christ Jesus.” Philippians 3:12-14

Perhaps the enemy is telling you today that you are a failure, that you just can’t seem to get things right. Don’t let him deceive you. As you go to God in prayer, asking His forgiveness, His everlasting love will strengthen and encourage you. His love and grace will never fail.

Prayer: Thank you Lord for showing us that there is no condemnation if we walk in your Spirit, and let you lead us each step of the way.

He Is Our Healer

A Light to My Path

Today Is The Day