“And the same day, when the even was come, he saith unto them, let us pass over unto the other side. And when they had sent away the multitude, they took him even as he was in the ship. And there were also with him other little ships.”  Mark 4:35-36

It had been a busy day, Jesus had been sitting in the boat, teaching the multitude of people that had gathered on the seashore. He had told them many parables, describing what the kingdom of God was like. Now He was tired, so He bid the crowd go home and told His disciples that they were going to the other side of the Sea of Galilee. Finding a pillow, he slipped away to a quiet place and went to sleep. The disciples were talking among themselves about all they had heard that day. They noticed that some others were getting in small boats and following them.

Suddenly the sky became dark, and the wind began to blow. Before long, large waves were rocking their boat and they scurried around tending the sails, bailing water from the boat, and doing what was necessary in a storm. They were afraid. They had forgotten who was in the boat with them. When they looked around and realized that Jesus was sleeping peacefully, they woke him crying out for help.

Jesus arose, rebuked the wind, and told the sea to be still. Then he rebuked his disciples for their fear and lack of faith.

But remember the little boats that were on the sea with them. They too must have been fearful when the storm hit them so suddenly. And, they did not have Jesus in the boat with them. In the darkness, they lost sight of the boat with the disciples in it. What a relief it must have been when suddenly the wind ceased, and the waves stilled. The bible doesn’t tell us how many others were saved that night because of Jesus rebuking the storm.

I read a story the other day that brought this scripture to my mind. Oftentimes the Lord allows us to go through a storm or a time of testing, and when He gives us the victory, we rejoice. But what we do not know is how many others are affected by how we react to the storm. The decisions we make in those times not only affect us but others around us. We don’t know who is watching us, looking for us to stand firm in our faith. Only eternity will reveal how our lives have influenced others.

We will have storms in our lives, we will face trials, but when we have Jesus in our hearts, we can safely trust Him to see us safe to the other side. Let’s be mindful of the “other little boats” and how they may be watching to see if our faith will stand the test in every circumstance of life. Will we be an influence for good or bad?

Prayer: Thank you, Lord Jesus, that you are with us not matter what we are going through and that you never fail. Help us to be an example and influence on those around us, so that they will desire to know you. 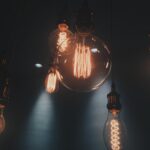 Create in Me: He Speaks to the Empty 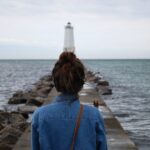 Create in Me: He Prepares Before We Arrive