There is always that one child…

You know which one. (Maybe you ARE/WERE the one!) If it was declared to be impossible to climb that pole, scale that wall, jump that ditch, find that one lost piece, or fit one more cookie in its mouth — he/she would be The. One.

You give them half a reason to figure out how to do something, and they’ll do it. In fact, THEY’LL find the reason!

An even greater motivator for one of these people is to make them a promise, IF they can complete what “can’t” be done. That promise can be a positive (reward) or a negative (punishment). Either one will do. They’re out to achieve the impossible.

We love to read about & think of the myriad ways that God performed the impossible in the face of the naysayers. The more they said, “He CANNOT,” the more God would prove He COULD!

But, in today’s account, we read the familiar story of Mary’s visit from the angel announcing Jesus’s miraculous conception and birth. Mary is NOT That. One. Child! It appears she was content to live outside the ‘bubble of challenge.’

That’s why the angel’s announcement was even more disturbing to her serene, quiet, compliant nature. Her question wasn’t one of stubborn resistance, or of needing to prove something. Instead, she wanted to understand WHY the Impossible was being presented for HER to accomplish.

Now indeed, Elizabeth your relative has also conceived a son in her old age; and this is now the sixth month for her who was called barren. For with God nothing will be impossible.” Then Mary said, “Behold the maidservant of the Lord! Let it be to me according to your word.” And the angel departed from her (Luke 1:36-38 NKJV).

It seems the angel, Gabriel, was plenty glad to declare all the impossible ways God was choosing to prove the Him-Possible! In fact, the statement, “For with God nothing will be impossible,” is a declaration of fact AND faith by Gabriel.

Mary simply PAUSED and accepted the Promise given to her: “Let it be to me according to your word.” She didn’t make a spectacle of or draw unnecessary attention to herself. She merely Paused and Accepted.

And, THEN the Him-Possible occurred!

Without question, controversy, challenges, or confusion (doubt), accept the promise. Whatever situation you find presented to you today, you can see the Him-Possible transpire when you PAUSE and Accept the Promise first!

Most of us know that Faith is an important component of seeing a miracle performed. But, sometimes, God asks us to step back and wait — PAUSE — for a specific purpose, in order to see our miracle come to fruition. The Pause for the Him-Possible is an innovative approach to a 30-day devotional with a daily call to action. In this book, Susan Hohman gives us pause to consider an avenue of faith and believing that we may not have considered before. 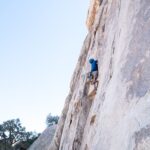 The Pause for the Him-Possible: Strength 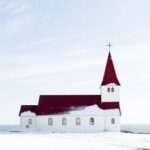